“We haven’t used the Serverless360 Support Team because the system just runs; it was effortless to set up and is a very stable platform.”

In an industry where rapid expansion is often the result of strategic acquisitions and organic growth, many healthcare organizations face significant overlap in capabilities and rising technical debt, which can significantly increase the cost of care.

The company chose to pursue an application modernization and cloud migration strategy to overcome this. It began with a private cloud, moving applications to Azure. To realize further value, it decided to embrace Azure services like Service Bus and reimagine its applications in a microservices architecture. This migration presented new challenges, making it harder to achieve observability across the entire stack. The Service Bus queues started facing dead letter storms, and due to a lack of monitoring and operational capabilities, the system encountered a huge fallback. It became more difficult to assure service availability and user experience, both of which are crucial in the healthcare industry.

Diabetes Australia chose Serverless360 to manage and monitor Service Bus, having been impressed by the operational excellence and the out-of-box monitoring it could provide. Serverless360 allowed them to resolve issues quickly rather than invest in problem identification and alert correlation. We boosted their productivity by providing the right operational and monitoring toolset.

“From an experience point of view, it is an easy-to-use tool with a good interface. It allows us to navigate between different applications quickly. It’s straightforward to understand what to do and where to resolve any issue”- Michael Fanning, National IT Manager.

Serverless360 is an all-in-one solution, where Diabetes Australia was able to experience an easy configuration, wholistic visibility on the application, and identify the issues sooner. The consolidated monitoring helped them troubleshoot the problems proactively. In addition to the monitoring capabilities, Serverless360 also extends its offering in operational efficiency. Automated Tasks helped them cut down the manual effort required for sending messages and reprocessing them. As a result, they could quickly resolve the glitches in ad content and playlists beforehand. 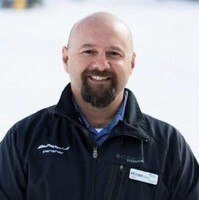