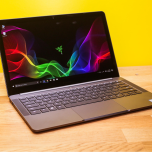 Kent Weare is a Microsoft Azure MVP, he has worked on projects for the Canadian Federal Government, a multi-national bank in New York City and integrated Health Care projects throughout Canada. His role as a Senior Enterprise Architect and Integration allows him to get involved in a variety of technology projects for a large Energy company. Since 2004, Kent has been very active in the Integration space having worked with every version of BizTalk from 2004 onwards. He has also spent time using competitor tools including Intersystems, IBM and MuleSoft. He is very passionate about Architecture especially if it involves integrating different systems. Use Webhooks for Async HTTP Messaging in Azure Logic Apps

There are scenarios where we want to de-couple logic across multiple logic apps Generally, this is a straight forward endeavor, unless the downstream logic app

Calling a flow from another flow is nothing new Makers can wire up multiple flows using the HTTP Request Trigger and HTTP Action While this is possible, it Azure Logic Apps vs Microsoft Flow, Why Not Both?

If you enjoy this content and would like to take a deeper dive, Kent has published a 55 hr course on Udemy and we have a special discount code for Cybersecurity continues to be a growing concern for organizations and their board of directors If there is an area of increased spend within IT departments, it Introduction In this post, we are going to go through an initial experience with Azure Logic Apps Integration Service Environment (ISE) Previously on the Introduction Managing identities, through the creation of connections, in Azure Logic Apps offers a lot of conveniences, but it can also cause a lot of